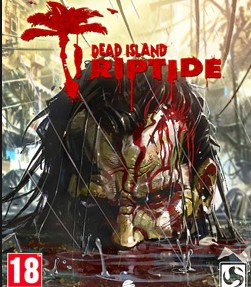 AFTER PAYMENT YOU GET unique link (Gift) activation GAMES WITHOUT STEAM The regional restrictions! REGION FREE!

Game forever associated with your Steam Account, and you can download it at any place and at any time.

Escaped from the island teeming dead Bana tourists naively believed that this trial ended. But they are deeply mistaken ... After leaving the cursed island by helicopter, the characters moved to the warship. It seemed like a nightmare in the past, but a sudden storm survivors abandoned the island Palaney, which also penetrated insidious virus that turns people into zombies. Fight for survival turned with renewed vigor!


Dead Island: Riptide is a hurricane of cooperative action with RPG elements and an open game world. I look forward to new locations, even more terrifying enemies and powerful new weapons. In addition, companies get away with Bano people to add a new character - a chef with a warship, John Morgan. This magnificent five and will make every effort to leave the damn island, thereby saving their lives.

They thought they had escaped Banoi, but can´t wake up from this nightmare. Thrown back into the midst of the Zombie outbreak, the fight for survival continues!


Dead Island Riptide takes players to the island of Palanai on the Banoi archipelago, infested with bloodthirsty Zombies and only a few remaining Survivors still fighting for their lives.

Introducing new terrifying enemies, deadly weapons, a new playable character and much more, Dead Island Riptide will draw players back into a world that has grown corrupt - with the last rays of hope vanishing in rising tides.

5 Each buyer - to leave positive feedback

Instructions on how to activate Gift:

1. You need to download and install Steam http://steampowered.com/download/SteamInstall.msi (if not already installed)
2. Register your new account on Steam or go to an existing one.
3. obtained after the purchase link, copy and paste into your web browser, log in under your account Steam and take the gift to the library or add to your inventory.
4. After activating the game will appear in the list of games and you can download it from steam.